Runaway population growth often fuels youth-driven uprisings. In fast-growing countries, many young men are unable to find employment or pay dowries. Frustrated ambitions can be an explosive force — and a reason for joining ISIS.

About 80% of the world’s civil conflicts since the 1970s have occurred in countries with young, fast-growing populations according to an analysis by the nonprofit Population Action International.

The bipartisan commission that investigated the suicide hijackings of September 11, 2001, carried out by 19 young Arab men, said one factor in the rise of extremism in the Muslim world was “a large, steadily increasing population of young men without any reasonable expectation of suitable or steady employment — a sure prescription for social turbulence.”
*read complete article

Please join our effort to spread information about Birth Control: 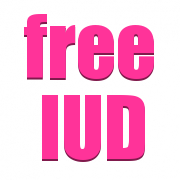